Naked Mountain is produced and directed by Alex Txikon himself and tells the story of the summit that took place on February 26, 2016 in the Nanga Parbat (8,125m; located in the Karakorum mountain range, Asia). A feat never achieved in the middle of winter.

It is a very personal project that the Biscayan mountaineer has developed during the confinement together with a book with the same title in which he describes the achievement in detail. 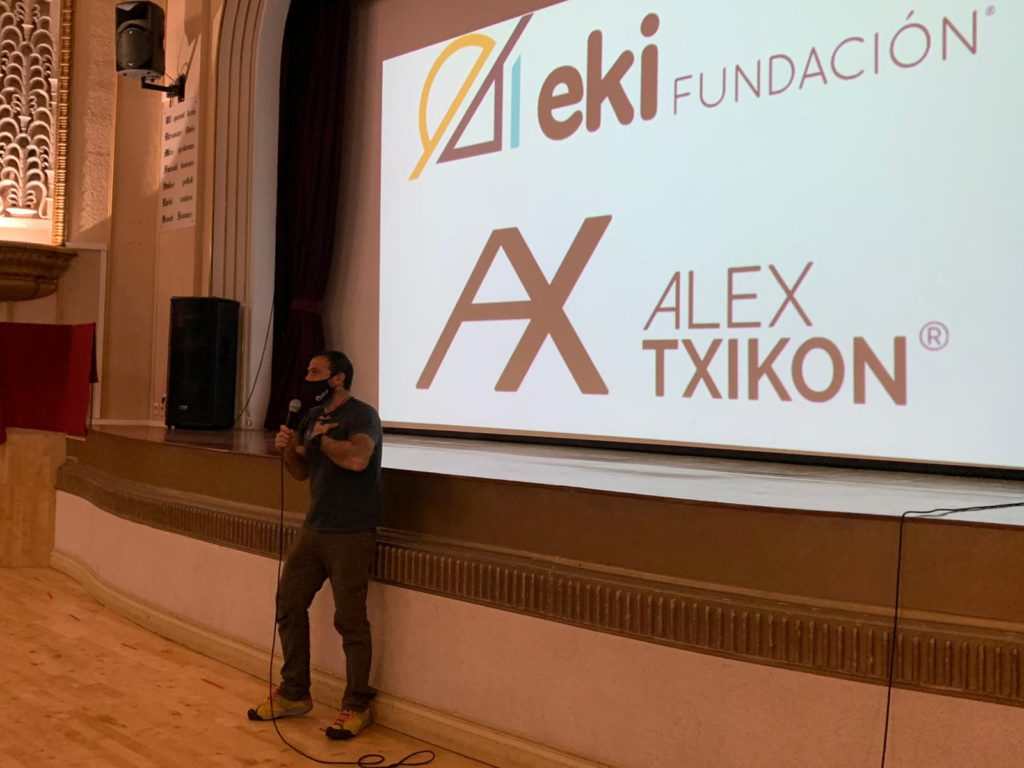 The film was presented in Getxo on November 8 in collaboration with the City Council in Andrés Isasi Musika Eskola (Las Mercedes st., 6) in a charity pass in favor of the EKI Foundation.

The event was attended by Amaia Agirre, Mayor of Getxo; Íñigo Ansola, Director General of EVE; Jose Galíndez, founder and chairman of the board of EKI Foundation, and Alex Txikon himself.

Alex Txikon's commitment to renewable energies and care for the planet led him to join forces with the EKI Foundation some time ago. From EKI we would like to thank once again the support received by Alex Txikon and his team, as well as all of you who accompanied us on the event, and congratulate you on this great project.